This Is A Custom Widget

This Sliding Bar can be switched on or off in theme options, and can take any widget you throw at it or even fill it with your custom HTML Code. Its perfect for grabbing the attention of your viewers. Choose between 1, 2, 3 or 4 columns, set the background color, widget divider color, activate transparency, a top border or fully disable it on desktop and mobile.

Initiation to communication with the invisible world

Initiation to communication with the invisible world admin 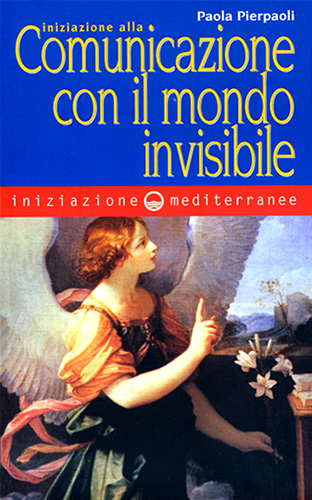 INITIATION TO COMMUNICATION WITH THE INVISIBLE WORLD
by Paola Pierpaoli

Initiation to communication with the invisible world is a guide on how to rediscover the natural capacity of humans to interact with the invisible world. The whole universe speaks, from trees to animals, nature spirits, Beings of Light, and the feeling of loneliness that many human beings experience these days, especially in the western world, depends to a large degree on the loss of the ability to communicate with this marvellous realm.

This book may be ordered through Edizioni Mediterranee or Amazon.

The ebook is available on iTunes Store or Amazon.

Excerpt from the book

When you’re openhearted and lighthearted, you’re in the right state of mind to communicate with the invisible world of light. It might seem impossible, but in this state of consciousness all you have to do is simply ask the universe to communicate with any Being of Light or loved one who has passed away, and as long as your wish for this communication is motivated by light (to better yourself, or to help someone else without deriving any personal benefit), the Being of Light called upon or the one who has passed away will put themselves in contact with you. If you ask your Guardian Angel instead of the universe, the communication will be even easier and safer.
Communicating with the invisible world of light is actually very simple and within anyone’s reach, even though at first you’ll almost certainly need the help of a facilitator. There’s no need for out-of-body experiences, or spiritualist séances, with tables that move and mediums speaking with voice of the entity that they’re channeling. You can stay centered and grounded in your own body, simply tuning into the energy of the heart, and anyone can do it. You don’t necessarily need any sort of special mediumistic abilities; the only prerequisite is that the channels of communication with the invisible world need to be opened gradually.
Some of the most common reasons that a beginner might have difficulty communicating with the invisible world are:

– the difficulty that an adult might have with entering into a state of consciousness in which they are lighthearted and open-hearted, because humans have the tendency to be too serious and heavy, and tend to identify too much with their problems and attachments;

– in the western world, the ‘witch hunt’ that began in the Middle Ages and continued until the 17th century, followed by rationalism introduced by Descartes in the 18th century, demonized spontaneous human contact with the invisible world. So in the western world we now think that only primitive people believe in this world, or at the very least only children, through fairy tales. These beliefs have separated man little by little from having spontaneous contact with the natural world and the otherworldly plain, alienating him from his very nature and creating an overdeveloped mind. This is the principal reason behind human unhappiness and the numerous damages in the relationship between humans and the natural world;

– the fact that no one has ever taught us how to recognize the voice of an Angel, for example, or a tree, a plant, a canary, a kitten or someone who has passed away; in fact it’s possible that some of these voices have spontaneously appeared in our lives, but we haven’t recognized them.

Because the barrier between worlds is lowering, today a growing number of people spontaneously hear these voices and sometimes they are scared, because of the very fact that they don’t know how to recognize them and don’t know what’s happening to them. So, unless in the coming years we don’t want to see an increased number of people labeled as ‘crazy,’ the western world needs to become aware of the fact that there’s something much more powerful than the power of the mind, something that can no longer be reduced to silence.
If you want to get in contact with the invisible world of light, and you’re not a complete beginner (you already have some experience of channeling), try the following steps:

once you feel happy and carefree enough, call on your Guardian Angel